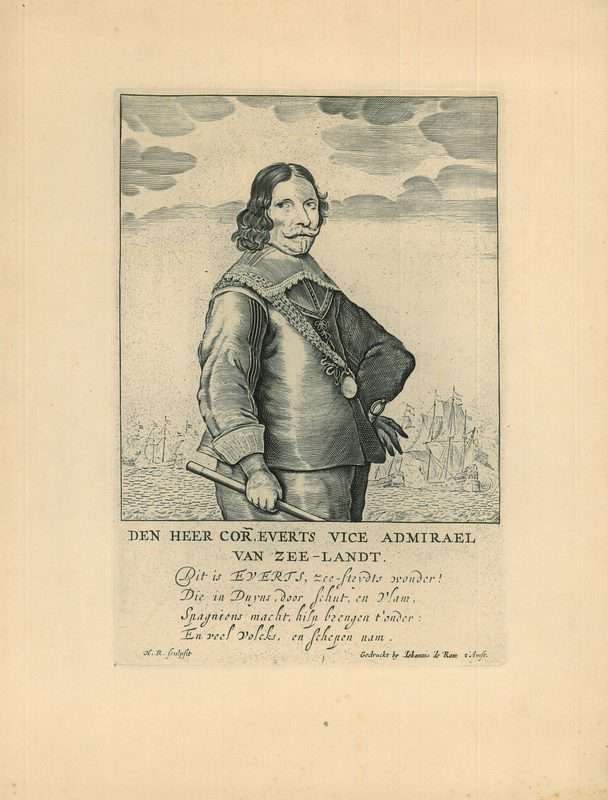 The admiral that was shot in two

On 4 August 1610, Cornelis Evertsen the Elder was born in Vlissingen, the Netherlands. Already at the age of seven he was appointed Lieutenant at the Zeeland Navy. He was awarded this exceptional honour together with his four brothers to commemorate his father Johan Evertsen, who died a naval hero in 1617. Nine years later – in 1626 – Cornelis Evertsen would serve on sea for the first time. He would grow to be an important naval commander. He died af the Four Days Battle after setting the English ship the Henry on fire. He offered his opponent, Rear-Admiral John Harman, a possibility to surrender. Harman refused, managed to escape and by doing so, fired the fatal cannonball that cut admiral Evertsen in two. He currently rests in a marble tomb in Middelburg, together with his brother Johan, who was killed at the St. James’s Day Battle in 1666.

At The Online Portrait Gallery, we want to give history a face. Are you curious to find out more about this day in history? Please find some highlights below.