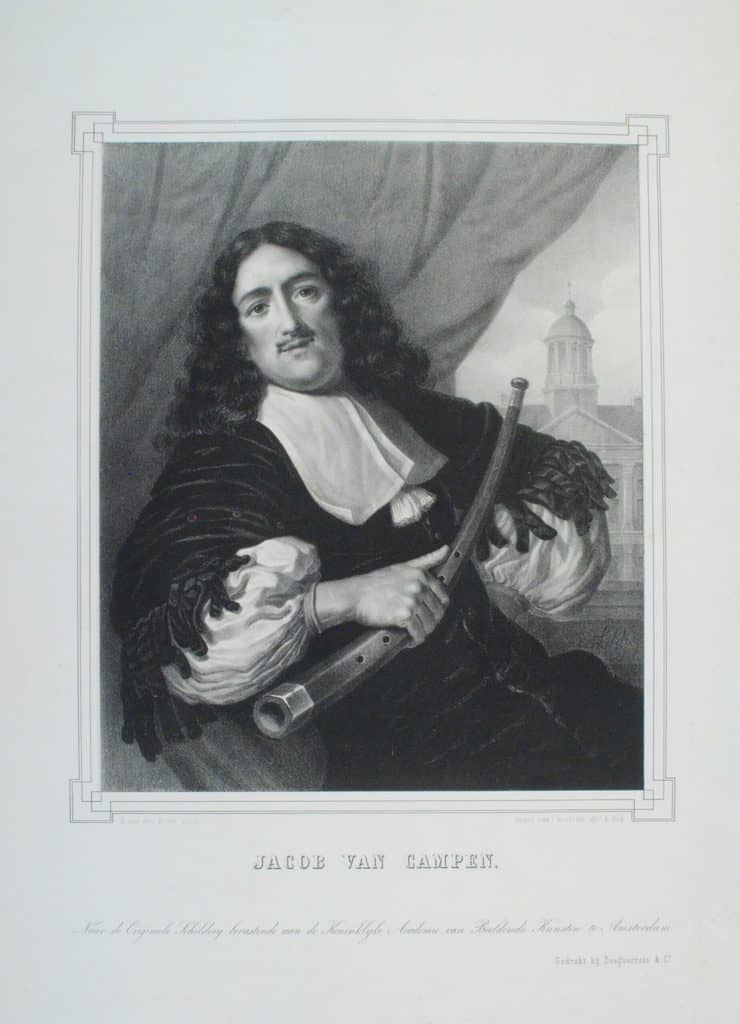 Not everything is what it seems…

Today, we added a portrait of Michiel Servaesz. Nouts (1628 – 1693). He was Amsterdam’s town musician and worked as an artist. This beautiful print of Nouts was made by Jan Braet von Überfeldt (1807-1894) around 1850. Although Braet von Überfeldt had no idea he made a portrait of Nouts… On the contrary! He thought he made a portrait of the famous architect Jacob van Campen (1596 – 1657) after the painting by Bartholomeus van der Helst (1613 – 1670). This attribution is currently rejected. The painting – currently attributed to Lodewijk van der Helst (1642 – 1693) – depicts Michiel Servaesz. Nouts (1628 – 1693). The Amsterdam town hall, where Nouts served as carillonneur, is visible in the background of the image. It is quite possible this lead people to believe it was a portrait of Jacob van Campen in the first place, as he designed the Amsterdam town hall.

At The Online Portrait Gallery, we want to give history a face. Are you curious to find out more about this day in history? Please find some highlights below.